Inside: Does the Moon's Cycle Affect Your Health, Sleep or Mood?

Does the Moon's Cycle Affect You?

We have all probably heard how the moon's appearance in the sky on a dark clear night can have an effect on someone's health. But not everyone believes this or knows about this. And even fewer people probably know the mechanism. Scientific reproducible proof is controversial, and even more difficult to find!

Do you ever wonder if your health is even slightly compromised, or altered by the moon's cycle? And which cycle, the full moon or the new moon?

Are you sensitive enough to notice any:

Do you sometimes feel like you have less control of your thoughts, are more cranky, tend to constipate, break out in skin issues, or lose your temper more easily?

How about if you are a little bit more irritable, nervous or anxious?

What could be the reason for that?

My Own Teachings and Experience.

Probably the most widely accepted degrading and noticeable health experience during a full moon cycle is a disturbance in sleep.

There is the moon, right out there, shining its light on your bedroom, keeping you from getting to sleep.

Some people claim to know it is a full moon night without even seeing it because their sleep is typically so disturbed they know.

In this newsletter I will tell you about my own teachings, and my own observations, and discoveries, and give you more concrete reasons for the moon affecting one's health.

I probably first heard about the Full Moon effect from another Healer, who claimed that Parasites were more active during the full moon.

While this is most likely true, if someone has weak kidneys, it may not necessarily be that the parasites sense the moon and wake up only to start messing about with your sleep and health.

In my experience over the last 20 years, I found that it is the weakened kidneys' that makes the intestinal parasites more aggressive, and disturb you.

If your immune system's guard is let down because your kidney's are stressed then it's only natural they will want to roam around.

And the longer they are around the weaker your kidneys and the liver can get. Energy is taken up to detoxify of course! This state of weakened kidneys is not a medical disease, but more like a malaise dis-ease caused by energy reduction happening over a period of 10 years or more.

Reverend Hanna Kroeger, the woman who trained me and gave me more insights into the use of Vibrational Healing, and her Vibrational Herbal formulas, had first claimed that a parasite cleanse should be started 5 days before the full moon, because the intestinal "critters" were more active then. And her packaging may still have this on some protozoan kits.

But when she trained me in 1997 at her ranch in Boulder, Colorado, just one year before she passed on, she also renounced her suggestion. I had no idea why. She did not explain. Perhaps someone she had treated had told her that they in fact were active all the time. That was what I had found in my experience in some people. In others they lay dormant or very well hidden for decades.

While parasites go through phases, and I believe they die and a person with them can then experience a lot of discomfort at their re-growth, it's the eventual weakened kidney's that show the health disturbance during the full moon or the new moon. The parasites just take up the opportunity.

Kidney weakness is easily treated with the principle of kidney tonification.

For example, People who have a Candida Fungal infection and force detoxification soon find that they have to stop, because they feel really awful!

It is easily treated with powerful and gentle herbal formulas.

What Some Professions Think About Full-Moon Lunacy Activity

Although scientific proof has been refuted, there are many mental health professionals working in psychiatric wards that find people are more restless, and disturbed around the full moon.

What I have found is that when the full moon, or new moon coincides with a season change, that even more can happen!

What kind of erratic or illogical bad-judgment behavior am I writing about? About a year ago, I visited a park I was a regular runner at during a season change that coincided with a new moon, only to find more garbage left by the homeless, about double the amount usual.

In the mornings, I usually find a few things sometimes that require maintenance help in the mornings, but this time: more garbage left, and two shopping carts left abandoned thrown deeply into the woods.

Could it be that the homeless have more of tendency to be mentally disturbed by the new moon, or full moon?

Again, in my observation and experience I find that in the summer-to-fall (warm-to-cold) season change or the winter-to-spring (cold-to-warm) season change coinciding with a new moon or full moon, that there could be a more profound effect.

It's these kinds of added energetic effects which makes it more difficult to see a single isolated moon effect.

If you doubt this, you have only to see how people experience a lift in their well-being at the beginning of liver-charging season, the Chinese-spring.

Spring official starts on Sunday March 20, 2016 this year, the astronomical spring, but the Chinese Spring Starts on Feb. 4, 2016! 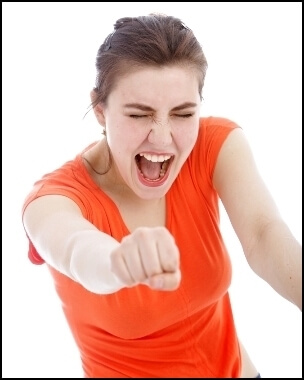 Chinese Spring is associated with Liver Energy, and the Liver in Chinese Medicine is given the symbol of Wood. Other organs are given different symbols, including Metal for Lungs, and Water for Kidneys. Logical right?

This is perhaps where people experience a big ummf of well being, a huge leap.

You could temporary feel 10 years younger, and more noticeable energy.

All of a sudden your liver is given extra Energy it did not have, and it begins to detoxify naturally what it cannot have done so easily before.

For women, they feel a great sense of hormonal relief because the liver if it is bogged down, has more energy to remove hormones which should not be circulating around and around.

All of a sudden you feel a sense of relief, a de-stressing! Your mood becomes elevated.

People who have a Candida Fungal infection feel better nerves, and better ability to use the bathroom, just enough to give them some hope.

But really, people feel happier when their liver is de-stressed because your liver controls your mood!

Strange Things Happen When the Moon Comes Close to the Earth

Traditional Chinese Medicine (TCM for short) understands the True Energetics of the human body, meaning the way energy is attained from food, from birth, and is used for different purposes by different organs.

In TCM, the Kidneys Rule Water and Water Metabolism.

The Kidneys Produce Marrow, fill up the Brain, and Rule the Bones.

There are even more function, but suffice it to say the Brain is considered the Sea of Marrow.

Now, We all know that the Earth's water experiences a tide effect governed by the Moon, and that on a full moon the tides swing higher and lower.

One of the "hard science" arguments to refute the full-moon theory was that the New Moon exerts a similar gravitational pull on the Earth, but you can't visibly see the Moon, so if the full moon theory was true, why would there be no commensurate New Moon effect?

But what I am now saying is that some of us are affected both by the Full-Moon and also by the New Moon because of its gravitational pull no matter how weak.

I believe that the difficulty lies in the gravitational pull changing constantly causing undue stress to the weakened kidney's that need to control the water metabolism.

It's kind of like a tug of war, to control the Water Metabolism, and that uses up Energy.

If you have strong kidneys to begin with, then you can tolerate an awful lot of "moon" forced exertion.

But of course, if your kidneys are not the strongest, then you will feel an effect.

The effect can be anything really, and there can be so many variables at play, that I admit there is no strict formula that I can propose for any person.

Everyone can have different energetic imbalances, and while someone can have been born with strong kidneys, they could still have a weak Spleen and digestion manifesting an imbalance in some other way later in life.

Unfortunately there is no way to scientifically test all possible imbalances to rule out the moon affecting us on one particular level.

If modern medicine knew and understood about Energy in the body, we would be far more advanced in our prevention of disease.

One interesting phenomenon associated with the distance between the Earth and the Moon being the smallest in many years, may reveal a more solid foundation as to the effect on people's health however subtle.

Astrologers and lay persons are now calling the Moon's closest proximity to the earth when either Full or New a SuperMoon.

To the naked eye the moon appears to be the same size in the sky, but a photograph taken at the same spot will show a larger closer moon in the case of supermoons!

In fact there are several supermoons of 2016, but one special one on November 14, 2016. The first supermoon will be the March 9 new moon.

It so happens that astonishingly the November 14, 2015 supermoon will be the closest the moon gets to the Earth in this 21st century!

The closest it will get again to this coming November supermoon, won't be until November 25, 2034.

“ I am a 31 year old female as I write this testimonial.

I have worked with Salvatore for about 4 months on my health issues and so far I have seen a lot of improvement.

Back in 2008, all of a sudden I started experiencing all kinds of scary issues with my health. I remember that summer I graduated from college in engineering so I was under a lot of stress not only getting my licence but also about making decisions about my future. After graduation I came home to my parents to get my paper work ready; I was getting ready to come to the USA.

Since I lived with my parents I helped them a lot with household duties. My parents had a small farm. About a month or two later all of a sudden I started feeling very weak.

I had very strong unexplained symptoms, my mouth was either dry or too watery, also nausea, bloating, high irritability, headaches, weakness. A few times I even fainted when taking a bath.

Want To Have More Vibrant Health and Feel Better?

Need To Improve Your Health But Don't Know Where To Start? 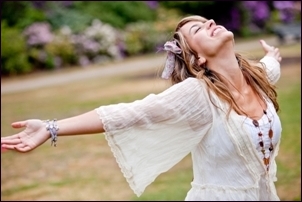 Make an appointment with the Practitioner about getting Your Health Issues Resolved!
Book a Get Acquainted Session.

You are receiving this NEWSLETTER because you opted-in at http://www.kroegerhealer.com.

Master Healer Salvatore has been working as a Natural Health Practitioner, and performing Intuitive Vibrational Readings to help people heal their bodies since 2002. 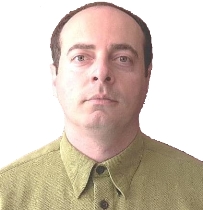 An avid practitioner of Qi-Gong Energy healing since 2001, he developed psychic ability and sensitivity to vibrations through the daily consistent energy practice of Qi-Gong.

He was trained by the late Reverend Hanna Kroeger in 1997, personally getting his dowsing approved by her while he stayed at Peaceful Meadow Retreat in Boulder for 3 weeks. He subsequently learned how to use her famous supplements and Vibropathics, and further refined the Intuitive Vibrational Readings that Reverend Hanna was performing over the telephone every day at her residence at noon time.

In 2006 he was trained to used the Systemic Formulas® line of BioEnergetic, Vibrational, Natural Health Supplements (The Ones That Work). Using the tried and true formulas created by Doc Wheelright, as well as the newer cellular healing formulas, clients can achieve amazing results in a shorter time.

You are receiving this newsletter because you opted-in at http://www.kroegerhealer.com